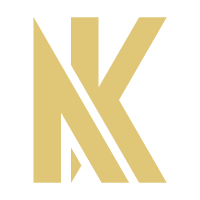 KONTRAST A- A0 A+
SKLEP MUZEUM-AK

Beginning on the 10th of July, the Battle of Britain began in earnest and continued until the 31st of October 1940. After the retreat of Allied forces from Dunkirk, Hitler’s Reich was ready to push into the last bastion of freedom and achieve total victory in Europe. The only thing standing in the way of a German invasion of the United Kingdom mainland was the Royal Air Force. In order for any landing operation to take place, the German Luftwaffe must first achieve air superiority over southern England, and as a result, arguably the greatest air battle of the war commenced in a last ditch attempt to save freedom and liberty.

Famously, the Royal Air Force and Polish Air Force in Britain coordinated to field the now legendary 303 “Kosciuszko Squadron” which went on to become the highest scoring unit of the Battle of Britain, and the equally impressive 302 „Poznański” Squadron. Initially equipped with the Hawker Hurricane, these units went on later to fly the Supermarine Spitfire, and also the American P-51 Mustang in combat over Europe.

The Polish pilots exceeded all expectations both in the air and on the ground, often to the frustration of their RAF instructors as is immortalised in the 1966 film “The Battle of Britain”-their exploits as skilled pilots with a determination to get stuck into the Luftwaffe at every opportunity is one that is fondly remembered by Brits today, and often when mentioning the contribution of the Poles to the war effort, many British people will still immediately associate Poles with their piloting prowess. Polish aircrew were especially charming and witty, which in turn made them extremely popular with many local ladies in the dance halls of Britain-so much so that some British and Canadian pilots emulated their Polish colleagues in the hope of being so fortunate.

In total almost 8,500 Polish airmen (of which 145 were pilots) served in the Battle of Britain, forming not only frontline fighter squadrons, but also engineering units, maintenance crews and armourers. Bomber squadrons formed and they filled in training and auxiliary units vital to keeping the Luftwaffe at bay. Poland contributed the second largest quantity of pilots and personnel to the fight by nationality, and many of these men went on to take the fight right to the heart of the Third Reich.

Their story is one of determination, struggle for survival and also incredible courage in the face of adversity. They did, as the RAF motto “Per Ardua Ad Astra” states rise through adversity to the stars.